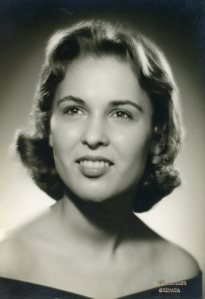 Fonda had a long and full life. She was born on January 29, 1939 in Charleston, MS to two loving parents, the late Walter and Dicksie Lee. Her father was a merchant and her mother was a housewife. Fonda had a younger sibling, the late Dicki Lee King. She attended and graduated from University High School, Oxford, and then attended Mississippi University for Women before transferring to the University of Mississippi. There she promised Delta Gamma and met the love of her life, Joe E. Stewart. She told her children from the moment she met him that she thought he was the most beautiful man. They eloped in Dillon, South Carolina in 1960. They continued to share their adventures, including learning German at the US Army Language School in California before moving to Germany for three years. They traveled to many countries collecting curios and sending them back to Oxford where they eventually settled and started a new business, the Post Oak Apartments.

Fonda was a member of the Oxford University United Methodist Church. After graduating from the University of Mississippi, Fonda served as Art Director of the North Mississippi Regional Center in Oxford, followed by Special Education Director of the South Panola School System in Batesville, MS. She volunteered her time to tutor special needs children and taught Sunday school. She loved to play bridge and her love for horses never waned, breeding and training Quarter Horses. Fonda was an avid fisherman and hunter. Professionally, Fonda illustrated and was the calligrapher for the fraternity series on many of the framed photos that still hang on many fraternity walls.

Memorial donations in memory of Ms. Stewart can be made to the Boys & Girls Club of North MS, 413 Washington Ave, Oxford, MS 38655.